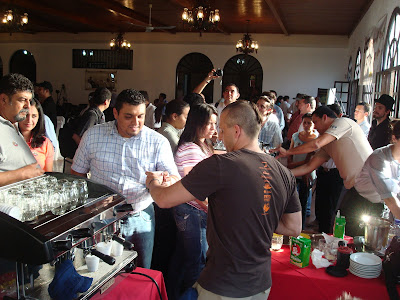 From March 25 thru the 28th, Scott Conary was involved in the 2010 CoffeeFest in Santa Rosa de Copan, Honduras. Here, scott took part in training & demonstrations of & for Baristas, including meeting the newly elected President of the country and making him, fellow officials, and then the crowd, espresso & cappuccino’s!

A lot of great coffee’s were sampled and a whole lot of fun was had!